WHAT IS GREAT PUBLICITY? 4 PUBLICITY STUNTS THAT WENT WILDLY OFF THE RAILS

There's a lot of back and forth in marketing circles about precisely what 'publicity' is, how it differs from 'marketing', and what great publicity can—and can't—do for businesses across a wide swath of industries. The bottom line is this: good publicity is publicity that achieves the marketing goals for which it was designed. That means, of course, that whereas some publicity 'stunts' are incredibly effective, others not only don't work, but can actually do serious harm to the companies that launch them.

So, what IS good publicity, and what can it do for your business? As Forbes correctly notes, a solid, winning publicity strategy can make or break the marketing plan of large and small businesses in virtually every industry—and add substantially to your company's bottom line:

"There is so much buzz around the word publicity. Publicity from media attention happens when you have a great strategy in place to connect with your community.

A working public relations plan is incredibly valuable for small business owners and entrepreneurs because it generates strong leads, has an independent voice to build trust and sheds a positive light on your company in front of target audiences."

GoPro wasn't always the industry leader in wearable cameras for weekend athletes.  In fact, from the time the business launched in 2004 until about 2014, they experienced the relatively paltry growth of so many well-meaning startups.

All that changed in a virtually unmatched moment of marketing serendipity and insight.  It started with a California firefighter getting an alert about an unconscious kitten in need of immediate help if it was going to survive.  Himself a sports enthusiast, that firefighter just happened to own a GoPro camera, and he just happened to wear it that day.

The result was a video of the firefighter rescuing the kitten, a video his buddies at the station thought would be an instant success on YouTube.  They were right:  more than 1.5 million YouTube viewers flocked to the heart-warming story.  But the real act of genius came from GoPro, itself.  They quickly realized that something that popular on YouTube, if handled with some marketing savvy, could take their business to the next level.

Those marketers put the original video through a few editing changes and re-released it as "Fireman Saves Kitten." Within one short year, sales of GoPro cameras jumped almost 50% AND the company's net worth climbed to almost $4 billion.  To put it mildly, that's what smart publicity can do for both startup and established businesses.

WHEN PUBLICITY STUNTS GO OFF THE RAILS

GoPro is just one fledgling business that hit upon a publicity sweet spot that helped build brand awareness—and profits—for their business.   But for every publicity stunt that works, there are dozens that hit the skids with consumers.  The good news is that you can learn from their mistakes to create a more effective publicity strategy for your business.

The world of marketing is replete with examples of bad publicity.  But some of those mistakes are more egregious than others.  Here are a few of the 'worst of the worst' - 4 publicity stunts that went horribly wrong:

Protecting consumers from identity theft can be big business.  But the companies that provide these services need to prove their bona fides if they want to get traction.

That's what LifeLock CEO, Todd Davis, tried to do with an especially innovative and novel approach.  He went public with his own social security number, publishing in venues ranging from billboards to online ads.   It was a great concept—with one fatal flaw.  Thirteen of those prospects successfully stole Davis' identity, and that—not surprisingly was big news that did irreparable harm to his brand.  It also led the Federal Trade Commission (FTC) to fine him more than $12 million for "false advertising".

New Yorkers who were anywhere near downtown Manhattan on the morning of September 11, 2001 will never forget the tragic events of that day—but arguably most would like to, or at least not to be reminded of those events. 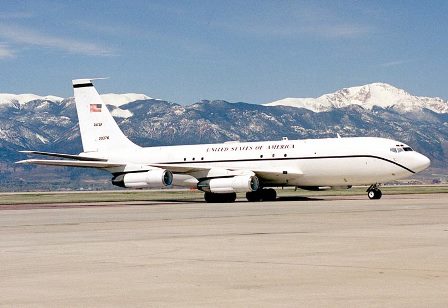 Unfortunately for the Department of Defense (DOD), the desire for a great publicity photo op in April, 2009 generated a lot of unnecessary panic, and a bad day for their reputation and brand.  Someone in the DOD's marketing department thought it would be a great idea to get a picture of a Boeing 707 just above the city's skyline, uncomfortably close to the location of the one-time Twin Towers.  This publicity stunt reportedly enraged then President Obama, and definitely pushed the reputation of the Defense Department even lower than the flight of their commercial jetliner.

3.  Wii:  WHEN AN ATTEMPT AT HUMOR ENDS IN TRAGEDY

Consumers love play stations—they can be fun for the whole family, and Wii is one of the most popular.

To increase sales of their play station in 2007, the marketing department at Wii thought it was a great idea to launch a publicity stunt that would reflect the "fun" of their product.  The idea behind the stunt, which they cleverly decided to call "hold your wee for Wii," was that consumers would enter a competition, one in which they were asked to drink as much water as possible without having to use the bathroom.

That turned out to be a risky proposition.  One of the contest participants, a 28-year-old woman named Jennifer Strange, was so eager to win the Wii for her kids that she died of water intoxication. That, in addition to the unspeakable tragedy it caused, also created about the worst publicity any company could face.

Build-A-Bear already had a great brand—kids of all ages love their stuffed animals and many hound parents to buy them one.  The marketing gurus at Build-a-bear decided that for some parents, the price of their furry friends was an obstacle to purchasing decisions.  So, they came up with what seemed an unbeatable idea—and bargain.

For a single day, parents could buy a bear for as many dollars as their child was old—in other words, if he's 8, you'd pay $8. If he's 3, you'd pay just $3.  What those marketing mavens hadn't anticipated is that a deal like that is going to draw huge crowds, which is precisely what happened.  In fact, build-a-bear stores from coast to coast were inundated with cost-saving parents and starry-eyed children, so much so that Build-A-Bear outlets across the country had to close down operations, leaving thousands of parents and children disappointed and feeling betrayed.

Here's the key takeaway:  the difference between publicity that works and publicity that goes off the rails comes down to careful planning, a solid understanding of your target audience, a winning strategy and a thoughtful consideration of ANYTHING and EVERYTHING that could go wrong.

When done right, a smart publicity strategy can be transformative for a business, but it's usually the result of acting on the advice of experienced practitioners to steer the course.

In other words, get expert advice. ;)